The pyramids serve as burial grounds and historical monuments and are among the world's most fascinating and well-known buildings. The ancient Egyptians, the Babylonians in Mesopotamia, and the indigenous inhabitants of Central America all contributed to creating these fantastic constructions.

Other peoples and religions have also built burial mounds for their dead, but none are as large or as beautiful as the pyramids of these three civilizations. ​I have never been to see any pyramids, but I will one day.
Love, Jade x 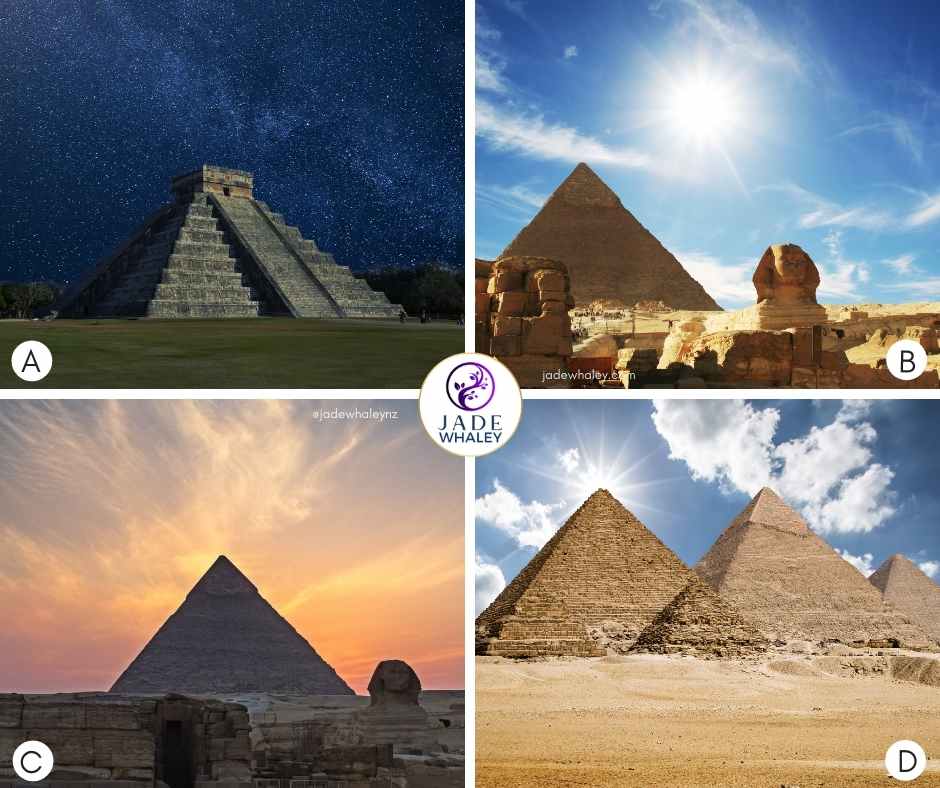 Jade's Message for you:
Good job
A blessed time for you with happiness and success entering your life. It is a time when there is an achievement with long-term goals and a wonderful feeling in the area of love! The energy around you brings freedom from restraining situations and shifting of blockages.

Jade's Message for you:
It is okay to let go a little
Try not to worry about not having enough or focusing on what isn't right with finances/career. Source urges you not to hold on too tightly in these areas, which can become stuck or stagnant. Sometimes the fear of not having enough can create this.

Let go of a little of this fear and have faith your Spirit Team is working with you.
Love Jade x

Jade's Message for you:
Your mind is your own worst enemy at the moment.
It would be easy to blame everyone else for our current situation, but there is no need to try this. When you look back, you are in a position that isn't ideal, but it is merely just a minor hiccup on your pathway. Stay focused, and don't hold yourself back. Be practical and face your problems with courage.

Believe in yourself. You are safe and protected.
Love Jade x

Jade's Message for you:
It is the time to be true to YOU
Be true to yourself. When looking inwards, it is essential to see yourself as the beautiful soul you are now. You have grown a lot in the last six months, and now is the time to reassess who you are and what you want for the person you are now.​
Love, Jade x