Owls are often associated with wisdom and esoteric knowledge. This may be because owls are both outstanding thinkers and hunters, preferring to plan out their strategy rather than relying on physical power. Some cultures see owls as magicians or bearers of death. Native American Indians considered this sentient creature a keeper of sacred knowledge such as weather patterns and afterlife mysteries. They said the owl accompanies the dead on their trip to the afterlife. This is why hearing an owl hoot was considered an unlucky omen.

​Other cultures relate the bony circles surrounding an owl's eyes with the fingernails of ghosts and lost souls. They took the sighting of an owl as a sign from the other side that their ancestors were sending them messages or warnings concerning tribe members who had breached tribal taboos. Fascinating indeed!
Love, Jade x 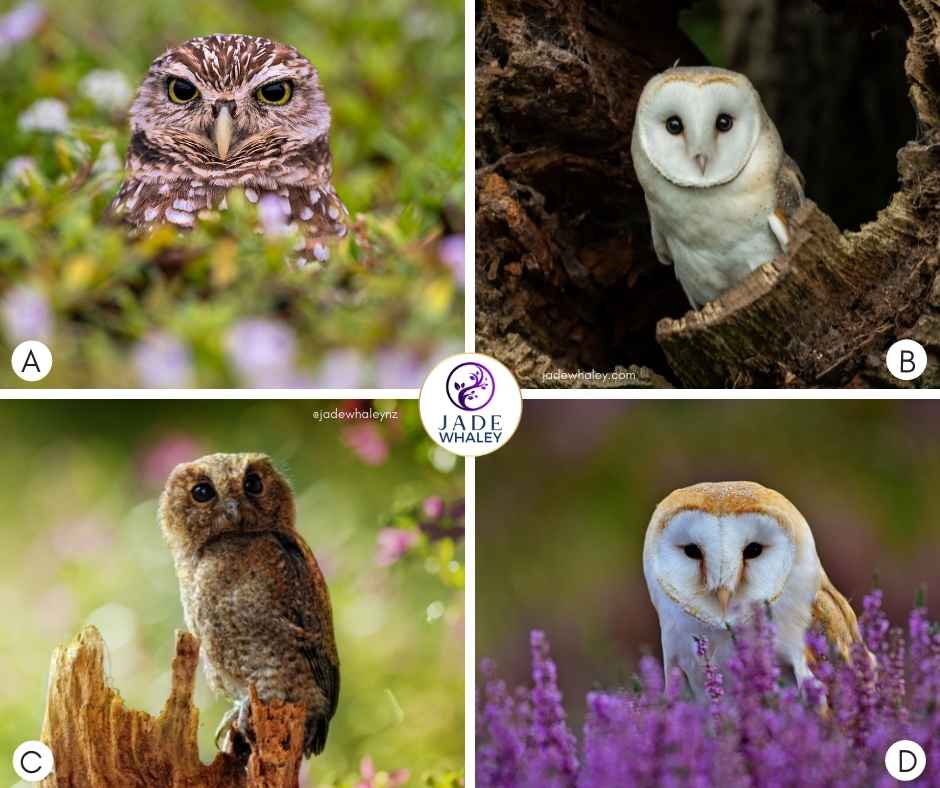 Jade's Message for you:
Focus on relationships
Your Spirit team are urging you to look at relationships. Whether this is romantic, family or friendships. You are a person who is good at controlling balance and emotions within relationships; in fact, this is a desirable quality. They want you to ensure you get back what you are putting in.

If not, don't be afraid to make the balance more even by guiding them to connect deeper or gently walking away.​​
Love, Jade x​​

Jade's Message for you:
It is all in the detail
Hard work and attention to detail. You work well behind the scenes to make sure everything is in place but make sure you are not doing all the hard work yourself. Your Guides are urging you to make sure you put yourself into this equation. There will be a satisfactory outcome to any dilemmas you have at present, so rest assured that there will be a success because of your hard work.

​Be patient; sometimes slow progress can be a little frustrating, but it is just that … progress.​
Love, Jade x

Jade's Message for you:
Nostalgia and old dreams
It is a time of reflection and nostalgia for both the past and present. Be careful not to think things were better than they were or are currently. Please don't gloss over the difficulties; think they are better than what they are/were. Yes, your Guides know that it isn't what you hoped for but are saying that you can have a better future by facing reality.

​Don't be surprised if someone from the past makes contact.
Love, Jade x

Jade's Message for you:
Second Chance
It is an end of a cycle for you. A time of healing, so see it as a second chance to start again. You are finally reaching a turning point. There is a new beginning, and things are looking up, but there are still some problems ahead and obstacles to overcome. Don't despair. Be prepared; conflicts can be avoided if you are prepared for them - especially if you want to avoid unnecessary stress.

​This is just the last little piece on this journey – hang in there, Don't hide away, take responsibility for yourself and move forward.
Love, Jade x