Eagles represent expansion, strength, a higher perspective, loyalty, victory, power, foresight and vision.They are among the most powerful and majestic animals in the animal kingdom. They have been revered for centuries as a symbol of strength, courage, and freedom.The eagle spirit animal can watch over us as a guardian, bear messages to and from the spirit realm, and give us a higher perspective on life.

Eagles are symbols of vision and foresight and are also associated with the sun and fire. In Native American culture, eagles represent power, courage and wisdom. In ancient Greek mythology, Zeus was said to be an eagle. In  Egyptian mythology, Horus was said to have been born from an egg laid by an eagle in the Egyptian desert near Aswan at sunrise on New Year's Day.
Love, Jade x 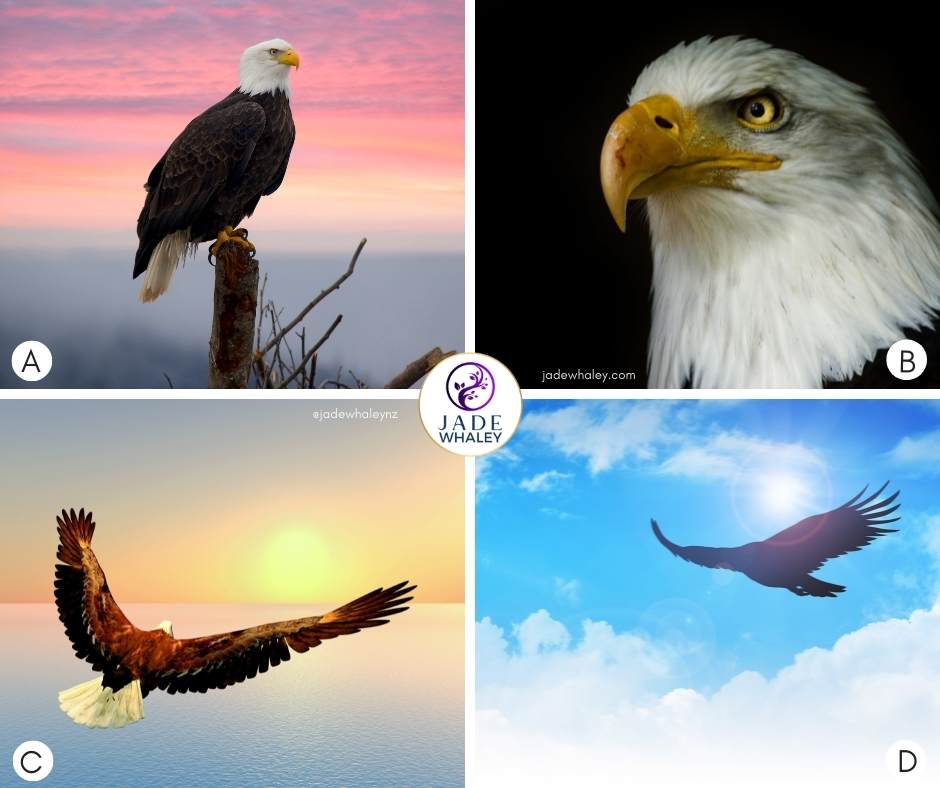 Jade's Message for you:
Creator of obstacles
Your Spirit team gently says, "Your mind can be your worst enemy sometimes!" Refrain from creating obstacles in your thoughts. Keep yourself positive and manifest what you want. Don't put barriers in why you can't or shouldn't. Breathe deep and focus.

​Take this as a gentle push in the right direction.
​Love, Jade x

Jade's Message for you:
Soul Family
Your Spirit Team reminds you that your SOUL family is essential on your life journey. FAMILY is whomever you choose to have close to you, not necessarily blood. Your family may be a close friend who feels like a brother or sister or the family you were born with. Those in your soul family are important. The bond you have runs more profound than this lifetime. It is time to reach and connect with them (wherever in the world they are and to those in the spirit realm).

​Know that your soul family connection runs deeper than words. They can feel/know what you are doing, thinking or feeling without conversing with them.
Love, Jade x

Jade's Message for you:
Celebrate
A positive for you. A time to celebrate others, yourself or events in your life. You may be celebrating a birth of a child, a birthday, an anniversary, an engagement/marriage or the successful completion or achievement of something around you.

Celebrate the people you love, your skills or your talents. Celebrate YOU.
Love, Jade x.

Jade's Message for you:
Transformation
Change is part of life, and there is nothing to fear. You are in a natural growth cycle, and one or more areas in your life are evolving (changing). Embrace it and know this is part of your journey, not fight it.

If you need to do something active to bring change, now is the time.
Love, Jade x