Dreamcatchers and their beliefs are believed to come from Native American culture. The dreamcatcher is said to be a protective talisman used to guard against nightmares and bad dreams. Dreamcatchers are hung above the cradles or beds of small children. Both good and evil dreams permeate the air at night. The dreamcatcher works similarly to a spider's web, capturing unwanted dreams or visions while allowing positive ones to pass through. When the morning sun shines on the dreamcatcher, the evil dreams are eliminated, while the beautiful dreams float down through the feathers and softly reach the sleeping person.
Love, Jade x

CHOOSE A PICTURE FOR INTUITIVE GUIDANCE

✧ Do you need a little direction, clarification or guidance in your life? ✧​
​If the answer is YES, you are in the right place as I have channelled a message for you from Spirit.

"Relax, breathe deep and close your eyes. In your mind or out loud ask: 'What do I need to know?' When you open your eyes, the picture you are drawn to will hold your guidance message." ​

Connect with me on my Facebook page for daily guidance, inspiration and insight. If you are an intuitive, empath, healer, leader or entrepreneur, join like minded souls in my private Facebook group.
​
✧  ​ Schedule your session   ✧   Visit the storefront   ​ ✧ 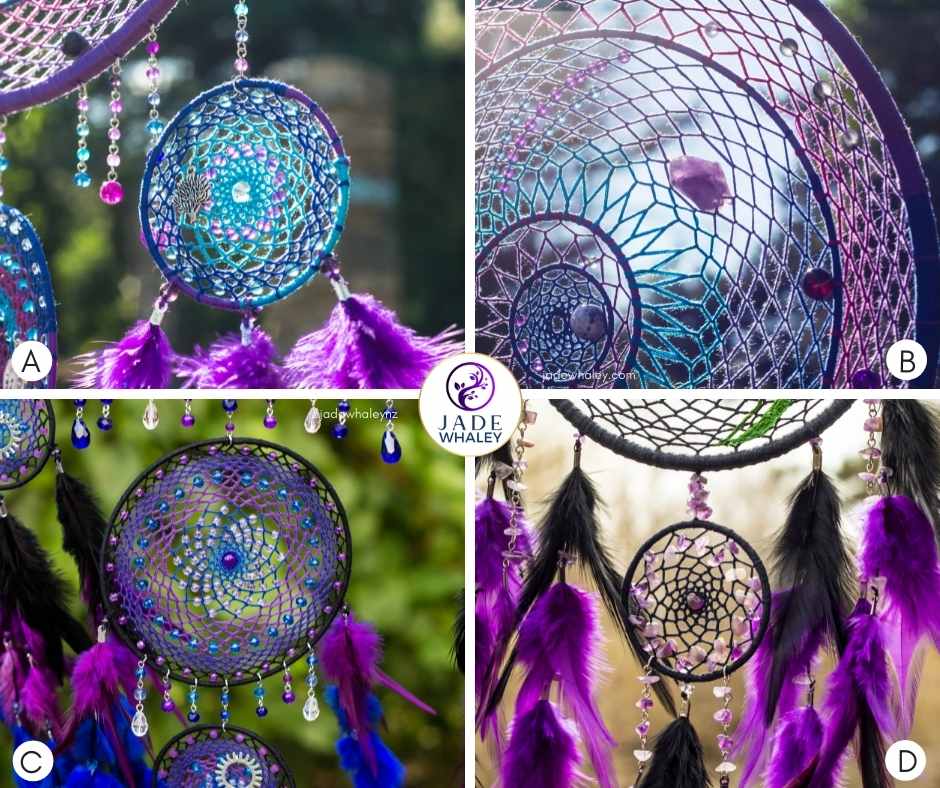 Jade aims to offer direction, clarity and insight. An 'insight to the future' reading is perfect to see where you are now and what direction you are heading over the next 12- 24 months
​
There are different intuitive psychic readings available for you - follow the link to find out more

Jade's Message for you:
Possibilities around you
It is a time of movement and a need to shift energy while a new venture is established.  Money is an energy exchange, so what goes out will come in, so try not to worry on the financial front.  For you, they are saying anything is possible, and your dreams and imagination only limit you.  Don't be afraid of dropping one or two of the things you are juggling, as it will allow your energy to flow easier.  It is an excellent time to think about change in career/job or shifting as it is a time for you to see all of the possibilities around you.

The Universe has shown you some opportunities to consider, but you haven't noticed all of them yet. It will be a favourable time for you.
​Love, Jade x​

Jade's Message for you:
Look within
It is a time to look within regarding a person or situation. It is time to go beyond superficial appearances and deeper into the truth and meaning. Don't feel restrained by others or a position. If you feel restrained, you nearly always hold the keys to your freedom. Don't let other people tell you that your options are limited or you cannot do something.

If you believe it- go for it. If you think maybe it can't - make sure you have come to that conclusion yourself—small steps at a time.
​Love, Jade x​​

Jade's Message for you:
You have heard it before - it is all about balance!
Balance isn't just about what is around you; and it is also the balance within. You need to be emotionally, mentally, physically and spiritually balanced to realise what you need or what is happening. Take time to bring that balance within as it will help you see what is unbalanced around you. Then you can do something about it and let it go if needed or readjust it.

Sometimes you spend a lot of energy supporting others and situations around you that you forget about yourself. You are important too, and you will benefit from the internal balance.
​Love, Jade x​

Jade's Message for you:
Celebrate now
It is a favourable time for you despite the challenges you may be facing. Breathe deep and know you will overcome them and come out on top. It is a time of happiness and celebration, so go on, give yourself a break or treat yourself somehow.

You deserve it. You are about to see some results for your hard work and efforts, so why not start to celebrate now?
​Love, Jade x​